Beech trees are known for their beauty and for their shady canopies, but they are notoriously slow growers. If you have a mature beech tree on your property, then you have to appreciate the many decades it took for it to reach its full height and majesty. Part of this appreciation is having an awareness of beech bark disease, a serious ailment that is almost always fatal to American beech trees.

What is beech bark disease?

Most tree diseases are caused by fungi and so is beech bark disease. However, this ailment also has an insect-related component. Essentially, the disease begins when an insect known as the beech scale starts burrowing its way into the beech tree's bark. This insect carries fungal particles on its legs and body, and it introduces these fungi to the tree's tissue. Over time, the fungi mature and invade the sapwood of the tree. In combination with the insects, they break down the sapwood until the tree can no longer transport nutrients and water to its branches.

How can you tell if your tree has beech bark disease?

The early stages of the condition are easily overlooked if you don't examine the tree's trunk closely. If you see flat, white bugs in and around the bark of the tree, these are probably the beech scales. If you immediately call an arborist and have your tree treated with insecticides, there's a chance you could save its life. However, if the beetles have already made their way into the sapwood and introduced the fungus to this tissue, it's probably too late.

If you start to see fruiting bodies (which look like little mushrooms and are sometimes red) emerging from the tree's trunk, then the beech bark disease has moved into a later stage. Saving the tree at this point is not a possibility. Your best bet is to have it removed sooner rather than later so it does not present a hazard and continue spreading the disease to other beech trees in the area.

How can you protect a healthy beech tree from this condition?

Do what you can to make your tree less appealing to the beech scale insects. Keep weeds around the tree trimmed, and when you water your lawn or plants, avoid getting the tree trunk wet. Also, never bring firewood onto your property, as it might be harboring beech scales. If you do have a wood-burning stove and need firewood, store it in a covered shed as far away from your beech tree as possible. And make sure you get it from an area where beech bark disease is not prevalent. 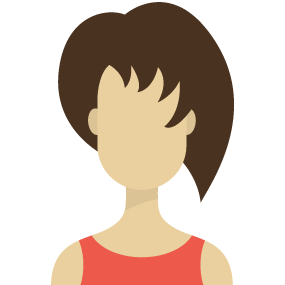 Hey everyone. Welcome to my website about fruit tree care. The way you care for your fruit trees directly influences their yearly yields during harvest time. Fruit trees are highly susceptible to insect infestations that can cause catastrophic damage. Furthermore, proper, well timed pruning of the branches can also have a positive impact on the yearly harvest amounts. I will cover all of the tools and techniques you can use to provide your fruit trees with excellent care year round. Thanks for visiting my website. I invite you to come back often to learn new techniques that will help your fruit trees live for decades.